Why your funds are in extreme danger if you are using imToken. 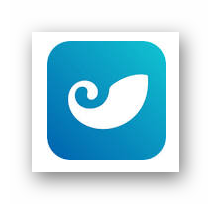 I was messaged by someone on Telegram and he wanted to know if i was interested in a business opportunity.
Essentially he wanted to know if I’d exchange TRX for USDT for him as there were restrictions in his country that prevented him from doing so.
As he was sending me the TRX before I sent him the USDT, I didn’t see how I could lose………………that was before I realized that the security of the imToken platform is fatally flawed and a scammer gained access to my account purely by getting me to scan in a QR code.

That was all I did.

I was sent a QR code as the address to send the USDT to and in scanning that QR code, the scanner was able to drain my account.

It was that easy.

When I realized I’d been scammed I demanded answers from imToken.

They initially claimed it was my fault and said I must have granted Token Approval on my account. Token Approval is a legitimate feature that allows others to gain access to an account which might be shared between family or friends.

I insisted I never gave this permission and had there been a prompt asking me to do this then I would have stopped and investigated.

There was no prompt. There was no message. I scanned a QR code and the scammer now had access to my account.

Evetually I received this email.

Scams exist because people believe them, our browser is open, and users themselves will only be safe from scammers once they have a clearer understanding of wallet security themselves.

We have released this article to our users with great publicity and we will also block some scam sites in time and analyze the characteristics of scam sites and block more similar sites, this is the effort we have made on it, thank you very much for your feedback and we will make more moves on security!

So here we have the company attempting to switch blame on to the user with “and users will only be safe from scammers once they have a clearer understanding of wallet security themselves”  so in other words “its not our fault you don’t know how to protect yourself from the failings and  inadequacies of our platform but then  admitting that they have a problem by saying “we have released this article to our users with great publicity and we will block some scam sites in time etc.”

Whilst scammers are draining inToken’s clients accounts with casual ease.

Its shocking and inexusable that a company could release a wallet with no security and expose their clients to massive loss and then to suggest its not their fault but they are looking into the problem???

Watch a video on why imToken is so unsafe

Not all blockchain opportunities are scams

If you’d like to know about a genuine blockchain/cryptocurrency opportunity from one of the largest and most diverse blockchain groups on Earth then message me and I’ll send you a link to one of the daily webinars and you can discover more about this once in a lifetime opportunity.

This opportunity is backed by one of the largest and most diverse blockchain groups on Earth.

A.S.I.C. listed since 2014 with cryptocurrency banks, exchanges, 4 x digital assets, BTC mines, over half a billion dollars invested in over 400 blockchain startups, mining contracts, crypto deals, staking, NFT’s…………..there is nowhere in the blockchain workspace that this group are not leading.

DO NOT MISS OUT!!

This is a life changing opportunity to join one of the most exciting blockchain organizations on Earth.

All the daily webinars